King of Puzzlers, Puzzler of Kings 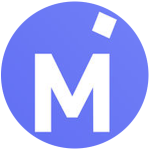 OR buy the new version from

Back in the Old-West days, a crafty white-haired prospector, Doug I. Pyrite, made a grub-stake deal with a group of his local card-playing cronies and set off with his mule, Dicey, to search this region for “pay-dirt” or treasures of any kind. Doug prospected these parts for years, making irregular and unannounced visits to town.

Despite Doug’s wild-eyed brags and shifty-eyed promises, his cardplaying pals always backed him. In the end, Doug convinced his buddies that he had definitely “struck pay-dirt.” Doug got one final big investment from each partner, loaded some supplies, and headed out late at night. Not until several weeks had passed did folks begin to realize that old Doug was never coming back to record his claim with the government.

Doug’s partners believed he was trailed by some claim-jumper and killed before he could return to town to record the location. Others claimed there was never a treasure and old Doug just took his partners’ money and skipped. Whatever the case, Doug was never again seen in these parts, and Doug’s treasures, if any, are still being sought.

Use the sixteen playboards to build a terrain map for your treasure hunt. Millions of combinations mean you’ll never play the same game twice!

Track down the buried treasure using powers of deduction and process of elimination.

Pin the other players to force them to reveal part of the treasure map while avoiding being pinned yourself!